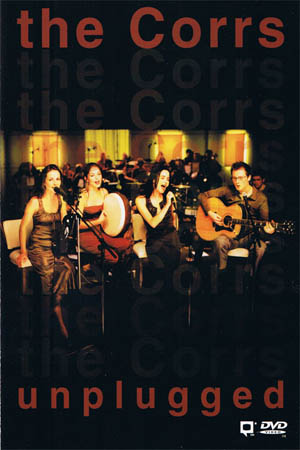 The Corrs were making history again: this is one of the first Unplugged sessions solely produced by MTV Ireland, and it has been one of the most successful. This album really meant a breakthrough for the Corrs in the whole of Europe, at the same time lifting "Forgiven Not Forgotten" and "Talk On Corners" back in the Top Ten.
Cool things to look out for: Andrea's cute "Olà!" during "Old Town", the very nicely done cover version "Everybody Hurts", Caroline's mess up at the end of "Runaway" and everybody joking about her, Andrea grinning like a Cheshire cat during "So Young", and this time only accompanied by piano, Sharon's and Caroline's heartmelting duet "No Frontiers".