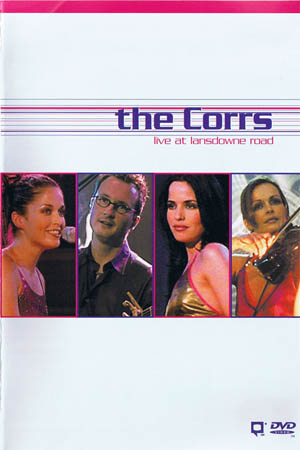 Recorded on July 17th, 1999 at the Lansdowne Road stadium in Dublin, Ireland.

Recorded before "Unplugged" but released afterwards, the Lansdowne Road concert is said to be one of the best concerts of the Corrs. Over 40,000 people attended this major event, and it's really a joy to watch! Says Andrea, "It was definitely a dream, a quite ridiculous dream that we had, and our manager had - that someday we'd play Lansdowne Road and we'd sell it out, just ourselves. So it was a great, great moment in our careers that we played Lansdowne Road." Sharon adds, "It was like the primal scream before I got onstage. I was very nervous."

Keep your eyes open for the dancing baby during "So Young", Andrea's line "Has anybody ever tried to speak to 40,000 people before?", Sharon on the piano for "Closer", Caroline's and Sharon's wonderful duet "No Frontiers" and Sharon's famous fight with her dress while playing "Toss The Feathers".