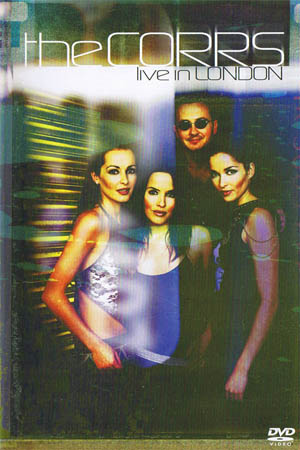 This concert has been another great achievement of the Corrs, as it was broadcast live on British TV channel Sky One with millions of viewers.

Wembley was part of the "In Blue" tour 2000/2001 which led the Corrs through the whole world. Andrea, already ill (she had a rather severe ear-infection), is sadly not at the height of her vocal abilities, but check out the already famous line "I'll be at your side- So I will" when she messes up the song "At Your Side".

Sadly, the concert has been edited a lot from the original TV version: some middle scenes, Andrea's jokes and "War is over" have been cut out. You can still see Andrea hide behind Sharon during "So Young" thankfully.